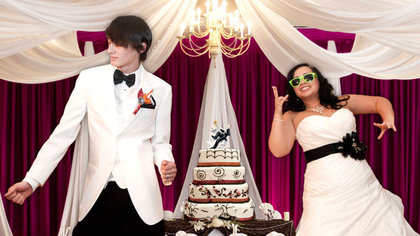 It’s 7:00 PM on a Sunday evening. You and your wife have just finished dinner and are settling in to watch the evening news, when suddenly all hell breaks loose. Your 16-year-old-daughter, Mary Sue, bursts into the living room with her 17-year-old boyfriend, Butch. The pair announce that Mary Sue is knocked up. You and your wife look at each other in disbelief. Just when you think things couldn’t get any worse, the young, inexperienced couple says they want to get married. The rest is history.

What would you do in a situation like this? If you answered, “Let them get married,” you aren’t alone. Plenty of parents allow their underage teens to tie the knot with a wedding officiant in OKC. Truthfully, underage teens who opt to get married isn’t the worst thing that could happen. In some families, this act is looked upon with honor because the young, impregnated couple is choosing to take the high road and get hitched.

Wedding ministers in Oklahoma City welcome your sons and daughters to seek out wedding services in OKC. Just because they are young doesn’t mean that they can’t have a successful marriage and happy life. In fact, some say getting married young is an advantage to those who choose to get married later in life, because they get to live as a married couple longer.

The following are some things to consider before the wedding:

They’re teens, so they’ll never know. However, be prepared for the “I’m so drunk” placebo effect to rear it’s annoying little head.
Even though you may feel like your life and reputation are over because of your child’s shenanigans, it isn’t. You can either be happy about the inevitable, or you can be bitter and risk losing a loving relationship with your future grandchild. Young marriage isn’t a new concept. Your ancestors married and had children at very young ages and managed to move through life just fine. Chin up sunshine: you’re going to be a grandparent and parent of a newly married son or daughter.