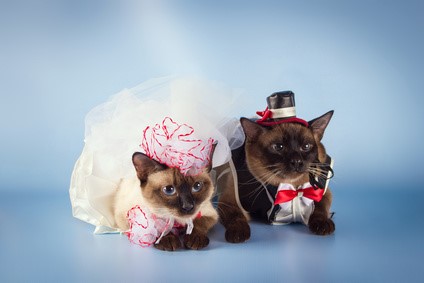 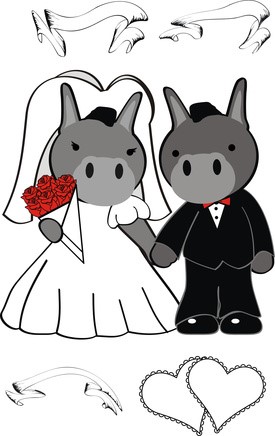 I know you are probably picturing a living feline and donkey in your mind walking down the aisle of a church. One is probably wearing a wedding gown with lipstick smeared on her lips and the other in a tux fitted especially for four-legged creatures. Well, you’d be partially right with just one minor detail askew…

The cat and ass are actually humans dressed up in costumes! These folks are living the “furry” lifestyle and John couldn’t be more pleased about helping them get married. You see, Dr. John Patrick Keefe II is an Oklahoma-based wedding officiant. Some people, down in the holler of the Okies, aren’t very open-minded, but John Keefe has both an open mind and heart. When it comes to marriage, John believes that everyone should be allowed to marry whomever their heart leads them to marry, even if that means two people dressed up as animals.

So anyway, back to the story. Dr. John Keefe met with Ted and Sandy to confirm their wedding date and plans. Now, at this point, John had no idea that Ted and Sandy are furries as they wanted to keep this detail a surprise until the very end.

When it came time for the wedding and John arrived at the venue he felt as if something was very different from the weddings that he normally officiates. The venue was decorated like a barnyard. There were bales of hay for guests to sit on, fences put up, and county music playing in the background.

Now, mind you, John had seen a lot of different wedding styles in his career but never had he ever saw a church decorated like a barn. You know what? Dr. John Keefe thought it was totally cool. He only wished that he would have worn his cowboy boots.

A few moments later, Ted and Sandy emerged, but wait, was it Ted and Sandy? What Dr. Keefe saw was a human-sized kitty cat dressed like a bride and a donkey wearing a groomsman outfit. Mr. Keefe certainly wasn’t expecting that! Ted and Sandy sauntered over to John Keefe and sheepishly (pardon the pun) said, “surprise!” John Patrick Keefe was definitely surprised.

Looking back, John Keefe couldn’t have been more proud to officiate Ted and Sandy’s wedding. They could have asked anyone to commemorate their special day but they chose Lifelong Wedding Ceremonies to do it for them. Do you want to know why? Because John Patrick Keefe and his staff are non-judgmental people. Ted and Sandy were used to being put down for their furry lifestyle and they didn’t want to deal with any negativity on their wedding day. The couple knew that John Keefe was the officiant of their dreams.

You see, folks, that’s what Dr. John Patrick Keefe II does; he makes dreams come true. Are you looking to have the wedding of your dreams? Contact Lifelong Wedding Ceremonies today and schedule a consultation with John Keefe.