“My Wedding Guests Are Brawling!” Dr. Tinsley Ariana Taylor Keefe Shuts That Shit Down Quicker Than Cake Disappears at a Jenny Craig Convention. 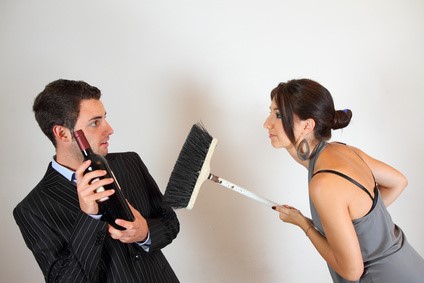 Have you ever been to a wedding where the guests where so ratchet that they totally ruined the entire event for the bride and groom? Perhaps, you were the bride or groom and your special day was forever tainted by crazed in-laws and estranged former lovers showing up and causing a scene. You probably wished that you had someone with enough ovaries to go up to bat for you and to call these people out on their bad behavior. Well, guess what, Dr. Tinsley Ariana Taylor Keefe has those ovaries.

It was a lovely spring day in the month of May. Dr. Tinsley Ariana Taylor Keefe was putting the finishing touches up on her makeup as she was officiating a wedding ceremony, today. Dr. Keefe was particularly excited about this ceremony because the union was between two very dear friends of hers. She even bought a new dress and shoes for the occasion.

Hopping in the car, a thought flashed through Dr. Keefe’s mind. She envisioned an all-out brawl taking place at this lovely wedding. Was this a premonition of the future? Tinsley Keefe quickly shook the thought from her head and started the engine to her Cadillac Escalade. She only had 20 minutes to get to the church so she figured she had better stop daydreaming about nonsense and get headed down the dusty trail.

When Tinsley Ariana Taylor Keefe arrived at the building everything looked normal. However, when she got into the church there was a definite shift in momentum. The energy and vibes being put out by the two joining families was anything but positive. “What in the ever loving frizzle sticks is going on with these damn people?!” thought Tinsley.

Weddings are supposed to be loving, happy, and fun but this particular crowd seemed like they were ready for the Jerry Springer show. Dr. Tinsley Keefe approached the couple and asked them if everything was all right. “No!” shouted the bride. “My soon-to-be mother-in-law is fighting with my grandpa and they are about to ruin the entire day!” Dr. Keefe assured the bride and groom that nothing bad was going to happen. Who fights with someone’s grandpa, anyway?

That’s when the mom-in-law kicked granddaddy in the shins. All hell broke loose after that. Now, Dr. Tinsley Ariana Taylor Keefe might be small in stature but that doesn’t mean that she can’t roar like a fierce lioness! “Hey!” shouted Dr. Tinsley Keefe. You stop fighting the bride’s granddaddy right now you crazy old wench, he’s in a wheelchair!” At this point grandpa pulled out a water gun from under his chair. Where the hell did he get that?!?! Who brings a water pistol to a wedding…? Anyway, Dr. Tinsley Keefe knew she had to settle this chaos ASAP before the whole doggone wedding was ruined.

Dr. Keefe rolled up her sleeves and quietly opened the front door. Then, she pushed the crazy mother-in-law into the grandpa’s lap and gave the wheelchair a shove right down the aisle where the both of them wheeled directly out the door. Problem solved.