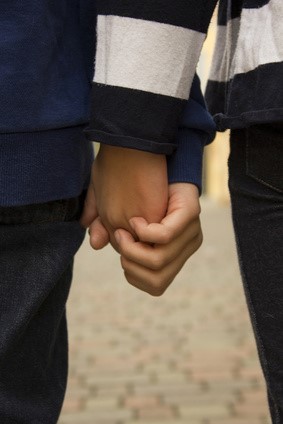 This is such a taboo subject. After reading the title you might even find yourself a bit grossed out. After all, haven’t we always been taught that incestuous relationships are wrong? Most would agree that these types of relationships are not healthy and can cause a lot of problems for both the couple, the couple’s family, and even any children that they might create together. Dr. Tinsley Ariana Taylor Keefe dives into the subject feet first by taking us on a journey throughout time and helping us understand the laws of attraction.

First off and foremost, nobody is condoning incestuous relationships, here. However, there are incidents that may require a bit more understanding than others. For example, if a brother and sister decide to strike up a sexual relationship there is most likely something going on within the family unit that needs to be addressed. As humans, we are biologically geared to have aversions to our close relatives in terms of sexual feelings. Science suggests that immediate family members who find each other sexually appealing and actually engage in the act have either been victims of sexual abuse or have a mental disorder. We’ll just leave that thought at that.

Dr. Tinsley Ariana Taylor Keefe has come across stories of people who have been separated at birth or even put up for adoption and have found each other years later and fallen in love. In these cases, these people did not know that they were related and would never have struck up a sexual relationship if they had. Some of the couples split up after finding out while others stayed together because they 100% did not feel that the other was a family member. The couple could only see each other as lovers. Isn’t it strange how the mind works?

For centuries, before the modern era, kings and queens would often be closely related as to keep the royal bloodline pure. As history shows, the offspring of these couples were not always healthy. Once the royal nobles started putting two and two together the practice of incestuous coupling was put to an end.

In today’s society, it is highly frowned upon for relatives in the immediate family to strike up romantic relationships with each other. Dr. Tinsley Keefe wants you to know that it is also illegal in all 50 states. Now, some states do allow for cousins to be married but that is a far cry from a brother and sister or a mother and son tying the knot.

Would it be better for family members to not practice this taboo type of romance? Yes, I think so. However, is it really up to us to judge these people? I don’t know, and the reason I don’t know is because we could never be clear on the fact if the couple was afflicted with mental illness and/or abuse, as science suggests. It’s a tough call and it is one that affects our moral compasses, for sure.