Tinsley Discusses Fathers Giving Away Their Daughters During Marriage Ceremonies 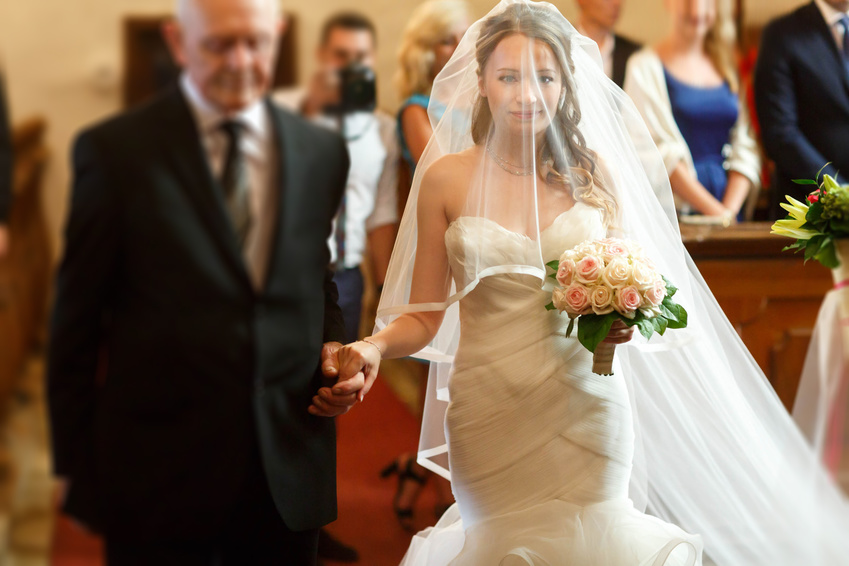 One of the oldest traditions in a wedding ceremony involves fathers “giving away” their daughters to their soon-to-be husbands. This tradition is beautiful in its own right – with a history to back up its beauty. The general idea is that most women grow up loving one man; depending on one man. That man is usually their father. When it is time for them to get married, the father can then pass on their daughter’s dependence and love to the husband.

While this tradition is still commonly practiced – and with good reason – it is not always the case. With the sheer amount of single moms and deadbeat dads, it is no surprise that sometimes, even if the bride wants to celebrate the father/daughter tradition, they simply cannot. Even more, there are times when the bride has absolutely no interest in letting their father attend the wedding; let alone walk them down the aisle.

Tinsley Keefe, a wedding officiant in Oklahoma City, can unfortunately relate to this sentiment. There are fathers that do not deserve the beautiful privilege of passing along their daughters. One of Tinsley’s reasons is due to her attendance at dozens of weddings where this situation played out during her work with Lifelong Wedding Ceremonies.

Sadly, the other reason is due to her own feelings of betrayal in regards to her own father’s intolerance. As a transgender wedding officiant in Oklahoma, Tinsley has experienced her fair share of bigoted would-be clients. While she is used to this – so much that she powers through the haters and stands tall and beautiful – it is still a slap to the face when her own father is one of those bigots. Because of this, Tinsley identifies as a bride that will not walk alongside her father during her wedding ceremony.

While she has no plans of getting married anytime soon, Tinsley still makes it a point to tell her father (and all of the other bigoted fathers) that not only will they not have the right to walk their daughters down the aisle, but that they do not deserve that right in the first place. The sad thing that Tinsley has realized while working as a wedding officiant in OKC is that a lot of brides still think their fathers deserve to walk them down the aisle when they have acted like nothing but a complete asshole.

This is why Tinsley makes it a point to comfort her clients; stressing to them that they do not have to do anything they do not want to do. With that being said, Tinsley also feels the need to share a couple examples of fathers that do not deserve the time of day; especially at your wedding.

If your father disagrees with your lifestyle – whether you are a part of the LGBT community or you are chasing a dream they do not agree with – you should not give them the privilege of walking you down the aisle. If your father is disapproving of your fiancée, you should not even bother inviting him to the wedding. In fact, whether the person is a father, another family member, or even a friend, you should still not bother. Your wedding is something you will (hopefully) never forget. You deserve beautiful memories that are not held down by bigoted people.