Wedding Customs from Around the World 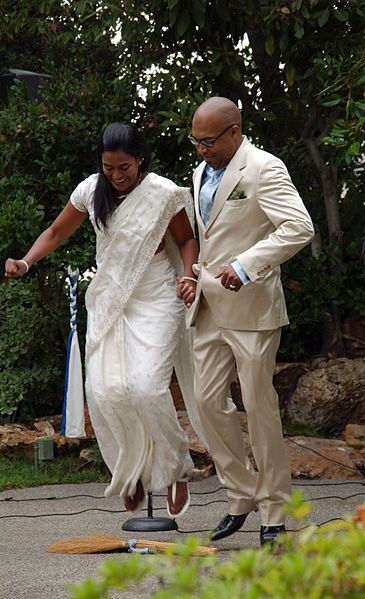 If we talk about wedding ceremonies from around the world, it would come as a surprise as to how many different kinds of wedding ceremonies there are as per religion, culture and traditions. The world is not only divided into western world and the eastern world but based on continental division too. Further this division is sub divided into belief system, tribal, ethical and social norms which defines the culture based on their history. This is why when we look around the world with different values and belief systems than the one of our own, it leaves us astonished.

Let’s look at a few amazing customs from around the world that are fairly different from the ones we have simply known and seen our entire lives.

Fiji and the Whale

Impressing the father of the bride is perhaps a standard expectation from the groom all around the world, but Fijians have a rather interesting tradition around this matter. The groom is oddly enough, expected to give the bride’s father a whale’s tooth as an approval present. Now here’s where the story gets interesting, you either get the whale tooth from the black market or from whale’s mouth itself! I really hope the women these Fiji men marry are worth the risk if black market wasn’t the option for you and if men had to take a plunge in the water! You are safe if you are in Oklahoma, no diving or life threatening dangers, all you need is to reach the wedding officiant in Oklahoma city, on time.

In South America, they end their wedding ceremonies by ‘jumping on the broom’. This custom basically originated from the people of the Asante area, brought in America as slaves. This Akan practice has survived and is now carried out by certain African-Americans but is also seen as African neo-tradition and was also carried out by British Gypsies. But in the slaves in America, this was particularly carried out because this signifies marriage strengthening during slavery, especially when they weren’t legally permitted to marry. The custom has thought to exist in the 18th century as an expression of ‘marriage of doubtful validity’ or ‘irregular marriage’. I suppose no need for a wedding officiant from Oklahoma?

As a token of their eternal love for one another, brides and grooms present each other with various different presents. For the Welsh brides, the grooms gets them Love-spoon for wedding present as an ultimate act of love. There are specific elements to this hand carved wooden, Love-spoon like the heart, lock, wheel (anchor etc.). It originated in the 17th century, because the father of the bride needed to see if the suitor was skilled enough to be able to provide for the girl.

In order to prove his undyingly strong love, the groom has to break the human wall made by the bridesmaids to get to the bride. Seems justified considering how protective girlfriends are for each other, this custom also proves to the bridesmaids that their friend is in pretty strong hands. But boy should the wedding officiant be prepared to witness the bond of women for their girls!

Sudan and the Children

Well most people want to get married because they want to be with each other and don’t really have the heart or temperament for children. But such isn’t the case with the Sudanese, Neur tribe, in order to validate their marriage, a couple needs to have at least two children or the husband is eligible to divorce her. At least the wedding officiant from OKC, if not the divorce lawyer, in the states has much say in the matter of children and weddings!

Aren’t we all just so in aww with the idea of fortune telling? Wouldn’t it just be so easy if we all could have the exact knowledge of who we will end up with, either by tarot, horoscope, palm-reading? Too bad you aren’t an Armenian woman because they have this unique method which determines their future. A special kind of a salty bread is eaten right before bed and then they will find themselves thirsty in the dream and a man bringing them water to quench their thirst. Whoever brings her the water, will be man she ends up with! How cool is that?

If any of these customs managed to spark your interest, feel free to incorporate them in your own wedding, with mutual consent of course and for fun!