Reasons To Have An ‘Unplugged’ Wedding 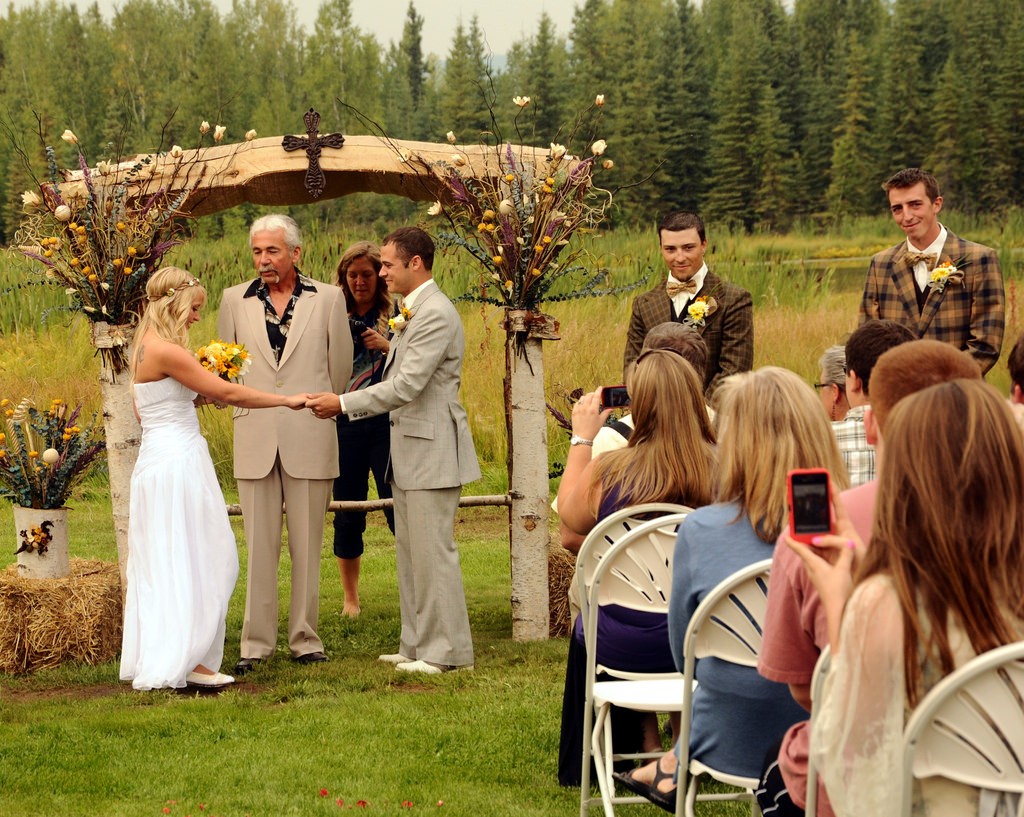 Most of us who have attended weddings have been annoyed by people pointing their phones and iPads right in the couple’s face all the while obstructing your and the other guest’s view! So many aspiringly memorable professional wedding photos have been ruined with an untimely phone flash or by someone waving their tablet around. Then also having to remind people to put their phones on silent mode and to not pay attention to their texts or work emails is also a hassle. At wedding ceremonies, the couples just want their guests to pay them their undivided attention during one of the most important moments of their lives. Could you blame them? That’s why couples should have unplugged weddings! What’s an unplugged wedding, you ask? Let’s explore.

What Is An Unplugged Wedding?

A wedding that is unplugged would be one free from devices! Now, we would not want to be extremely evil and just ban phones entirely (people may need their phone to make important calls and to travel back). Thus, there are many variations of the unplugged wedding to choose from. The more passive approach would be just to politely ask people to not take their cameras and phones out until the certificate has been signed and the marriage is officiated by the wedding officiant. A more assertive approach could be to give people zip lock bags upon entering, telling them that this wedding has a no photo policy and no social media can be accessed. The aggressive approach would be to smash people phones and cameras upon entering (just kidding!) You can just ask your wedding officiant from OKC to also announce before commencing the ceremony to shut down phones and not upload pictures to social media.

Are Phones Really That Problematic?

There are three kinds of people who have attended the most weddings. One is that bridesmaid from 27 dresses and the other two are officiants and wedding photographers. A wedding officiant from Oklahoma City can definitely second the fact that phones and cameras can be big distractions during an intimate ceremony. Wedding photographers can attest to the fact that many wedding photos have been ruined due to unsolicited phone flashes as well as bulky phones taking up have the photograph!

Are There Advantages Of Having An Unplugged Wedding

Here are a few of the key advantages of having an unplugged wedding:

Any experienced wedding officiant from Oklahoma would say that it is so much better when phones, tablets and cameras are out of the picture at a wedding. It is more peaceful and the guests actually pay attention to what matter’s more: the celebration of sacred union.