A Wedding Officiant in OKC Opinion For Transgender, LGBTQIA+ Couples 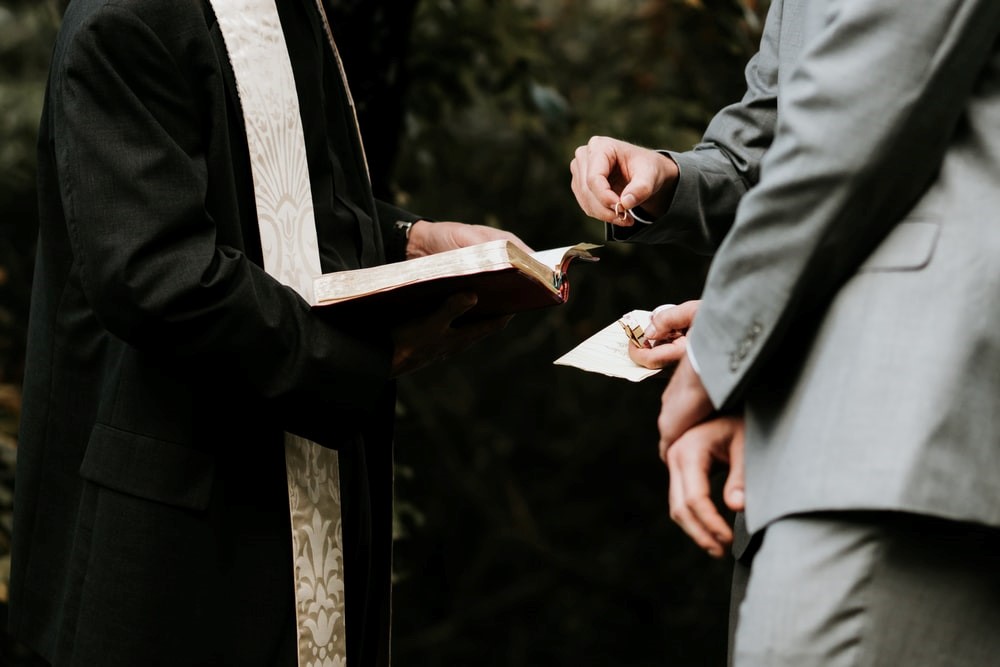 A Wedding Officiant in OKC Opinion: If Transgender, LGBTQIA+ Couples Are Not Allowed to Marry, Then Cisgender, Straight Couples Should Not Have the Right to Marry, Either

Wedding Officiant in OKC Opinion: If Transgender, LGBTQIA+ Couples Are Not Allowed to Marry, Then Cisgender, Straight Couples Should Not Have the Right to Marry, Either

Someone has got to say it, and a wedding officiant in OKC will if no one does. If Transgender, LGBTQIA+ Couples can’t marry, Then Cisgender, Straight Couples Should Not Either. If they are denied their right to live a happy life with the ones they love because some people do not support it, then those people should be denied their marriage rights as well.

With the law’s backing, you might think all get rosy from here with a wedding officiant, but it doesn’t. Policies stay in place to support the rights of same-sex couples, including their rights to marry. The objective is to ensure all state members recognize them as a legal, married couple. Especially with a wedding officiant to officiate at their Lifelong Wedding Ceremony. However, it does not exactly go down that well all the time.

One major problem is that same-sex couples looking to marry still face discrimination. Surprisingly enough, homophobic people tend to think that they are in the position to determine whether or not a person can be happy alongside “an acceptable” way of happiness.

The Anti-Discriminatory Law: The Law Supports them Just as it Supports You

The law supports Lifelong Wedding Ceremonies in general. Thanks to the recent update, the anti-discriminatory law supports unions of anyone regardless of who they are; Whether or not they are Transgender or LGBTQIA+ Couples says a wedding officiant in Oklahoma City. The nondiscriminatory law, effective in places like Oklahoma, outlaws discrimination based on sexual orientation, and people should respect this law. Therefore, fighting to deny same-sex couples their rights to marriage and living a happy life like any other person is vulgar and vicious. Especially on the grounds of sexual orientation says a wedding officiant in OKC.

Such discrimination is against Oklahoma’s law. Criminals are not denied their marriage rights for being criminals. Why should trans people and people of the LGBTQ community come perceived as sub-human asks the wedding officiant in Oklahoma City? There are cases of people in jail who marry regardless of their criminal record. It is, therefore, wholly unnecessary and uncalled for to deny transgender and LGBTQ couples their marriage rights. As a result, people, including some transphobic and homophobic wedding ministers, OKC has a very high percentage of losing and getting the shortest end of the stick if the case gets to the court.

The trouble with gay sex marriages and these discriminatory and transphobic people, including certain homophobic wedding officiants in Oklahoma, is that it thrives on sentiments with no credible backing in some other cases. It is not a tangible reason for a wedding officiant in Oklahoma City to deny trans people their rights. Or anyone else in the LGBTQ community the right to marriage as a same-sex couple.

A Wedding Officiant in OKC: You Have the Right to Marry Just Like Anybody Else

People of the LGBTQIA+ community in Oklahoma City are aware that same-sex relationships and marriages are legal with a wedding minister in OKC. However, when it comes to the legal rights and opportunities available, most are oblivious to the necessary details. Oklahoma Judicial Process Servers (OJPS) is up to ensure the rights of trans people stand unviolated. It’s not just enough to know it is legal; it is imperative to understand the laws and legal landscape. That way, you know just how to respond to people who think they have a say in your happiness wedding officiant in Oklahoma City, OKC. Even with much awareness and sensitization, LGBTQIA+ relationships are legal in about 30 countries. With more expected in a few years.

Most LGBTQIA+ people have suffered discrimination and unfair treatment, even in communities where LGBTQIA+ relationships are legal. As found by a wedding officiant in Oklahoma City, we find it illogical to deny people their rights to live happy lives as a couple, primarily when it in no way affects how you live yours. It is highly selfish and inconsiderate for anyone who denies trans people and members of the LGBTQ community marriage rights to Lifelong Wedding Ceremonies.

Should You Report Anyone who Believes Transgender, LGBTQIA+ Couples Should Not be Allowed to Marry, including a Transphobic Wedding Officiant In Oklahoma City?

As a wedding officiant in OKC has found, it all burns down to individual state laws. The anti-discriminatory law, however, clearly outlaws discrimination based on sexual orientation. It means that trans people and members of the LGBTQ can marry, as well backed up by the laws to have Lifelong Wedding Ceremonies In Oklahoma City, these laws apply, and as a result, they have the right to marry just like any other couple. Anyone who stands against it is standing against the law. Then, you can sue them on the grounds of depriving them of their human rights says the OKC wedding officiant.

Even with the laws clearly stated in support of LGBTQ and trans-people marrying at will, certain shortsighted people, including some wedding officiants in Oklahoma City, have discriminated against same-sex couples in so many cases and such actions have to come to an end. Such discrimination and deprivation can occur in different forms. It does not precisely mean holding up cardboard that says “trans-people and members of the LGBTQ community cannot get married.” It can be a transphobic and homophobic act as denying them services required for their Lifelong Wedding Ceremonies.

Have Your Rights Been Violated?

In such a situation, you might need professional legal help to teach a lesson to whoever acts as a discriminatory bigot and violates your rights. Oklahoma Statewide Private Investigations can help you. Know what you need to protect your rights with Lifelong Wedding Ceremonies.

Lorem Ipsum is simply dummy text of the printing and typesetting industry. Lorem Ipsum has been the industry’s standard dummy text ever since the 1500s, when an unknown printer took a galley of type and scrambled it to make a type specimen book. It has survived not only five centuries, but also the leap into electronic typesetting, remaining essentially unchanged. It was popularised in the 1960s with the release of Letraset sheets containing Lorem Ipsum passages, and more recently with desktop publishing software like Aldus PageMaker including versions of Lorem Ipsum.