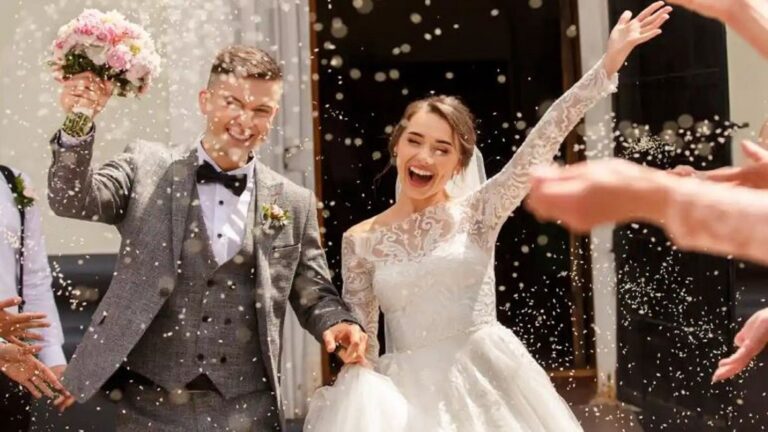 Who Is a Wedding Officiant?

The person who conducts the ceremony is likely the most well-known role of a wedding officiant. But that’s only a portion of what they do. In the months leading up to the wedding, the couple and a wedding officiant in Oklahoma City, whether secular or religious, work together to create the ceremony, which could include individual vows, readings, music choices, and more. Additionally, they might offer premarital counselling.

The wedding officiant in Edmond, Oklahoma City must be lawfully ordained to officiate weddings in your state and be familiar with the marriage license rules of your region. Your wedding minister will complete the marriage license on the wedding day, have witnesses witness their signatures, and then return it to the county clerk’s office for certification. Although it may seem insignificant, you cannot legally get married without a marriage license.

Make Them Develop an Inclusive Language

It takes more than just saying “Welcome to all” to use inclusive language. It’s about consciously recognizing and resisting the ways that our language mistakenly creates assumptions about certain things and unintentionally alienates people with different sexual orientations. So, for a seamless wedding in Norman, Oklahoma City, the couple needs to adopt an inclusive language.

When officiating wedding ceremonies in OKC, try to make misogynistic, transphobic, homophobic, and racist couples understand that people having a different sexual orientation is not wrong.

Explain to Them That They Should Value Everyone

As a wedding officiant in Bethany, OKC, you should explain to a couple who has an elopement wedding ceremony that every person irrespective of their race, sexual orientation, and gender is valuable and deserves respect. A person who is either gay, lesbian, transgender, bisexual, or of a different race will feel offended if they go to an elopement wedding ceremony at the OKC and they feel the couple hates them.

So, even if the couple is misogynist, racist, transphobic, biphobic, or homophobic, they should learn to give each person and family their due respect and acknowledgment as they see fit. Also, a wedding officiant in Oklahoma City has a duty of teaching the couple that when they walk around to greet the guests that instead of making assumptions about things like family structure, preferred gender pronouns, labels, and other phrases people use to refer to themselves, the couple having a wedding in Bethany, OKC should take the time to ask how people love to be acknowledged and referred to. The wedding officiant in El Reno, Oklahoma, teaches the couple who is having an elopement wedding ceremony, will teach them how to value and respect people even when they are afraid of their sexual orientation, race, or gender.

A wedding officiant in El Reno, OKC, doing this may also help to prevent any rift that may come up if the couple’s friends or acquaintances show up that the couple is not comfortable with.

Teach the Couple How to Accept Everyone

Another thing a wedding officiant in OKC should do is teach them how to accept everyone. Whether they like it or not, some gay, transgender, bisexual, lesbian, or people of different races they know may show up at their wedding. So, for a smooth wedding in OKC, the couple needs to learn how to accept everyone.

One way to do that is to start the discussion about how to be a welcoming couple having an elopement wedding ceremony and how to extend their welcome to LGBTQ people. Like everyone else, LGBTQ people have a variety of identities. They are immigrants, people of color, from the working class, with disabilities, children and teens, single parents, and seniors. Most of these people are friends, family, or acquaintances of the couple and they will feel hurt if the couple shows fear or hatred toward them. So, a wedding officiant can help prevent this.

A wedding officiant in Norman, OKC needs to Incorporate the idea that all individuals have multiple dimensions and that everyone is unique in their different ways.  Examine the numerous ways that homophobia and transphobia affect persons who have multiple oppressed identities. Teach them that as much as they are having their dream elopement wedding in OKC, they need to have the people they care about and love witnessing their love.

Get to the Root of Their Phobia

Wedding officiants officiating a wedding in OKC should get to the root of the couple’s phobia.  Before the couple became misogynistic, transphobic, and homophobic, there must have been a reason for it. Sometimes, there are no reasons for it at all. Most of these couples may have had previous bad encounters with these people which has led to these fears. So, getting to the root of these fears and allaying them can make for a smoother wedding ceremony in Oklahoma City.

Having phobias for LGBTQ members can be offensive if they are aware. But your elopement wedding ceremony being an important moment means you want everything to turn out just right. So, your wedding officiant will help you have a good and beautiful wedding ceremony in Oklahoma City.

LLWC can help you have one of the best possible wedding ceremonies available!